The New York City Housing Authority (NYCHA) is the largest public housing manager in North America. One widespread concern for residents and staff is the improper disposal of household trash and litter on NYCHA grounds. Here we present the co-produced service of trash disposal through the lens of administrative burden; official policy is unclear for residents and options are confusing or inconvenient, resulting in significant learning, compliance, and psychological costs. To reduce this burden, we redesigned the trash disposal infrastructure – new large containers placed at convenient locations – and introduced a package of indoor and outdoor posters communicating the new policy. 53 NYCHA developments, randomly assigned to treatment or control groups, were broken into 79 smaller observation sites. Weekly counts of visible trash bags and litter were collected pre-intervention and post-intervention, over a period of 21 weeks. The average number of household trash bags decreased by 25% (p<.05) in treatment sites after the intervention, and the average amount of litter decreased by 16% (p<.05). Providing easier access to disposal infrastructure, complemented by community-oriented and instructional communications, significantly reduced visible trash on NYCHA grounds, demonstrating that new structures and resources can effectively reduce burdens and change behavior.

This work is licensed under a Creative Commons Attribution 4.0 International License.

Manuscripts accepted for publicaction in JBPA are licensed under a Creative Commons Attribution 4.0 License (CC-BY 4.0).  It allows all uses of published manuscripts but requires attribution.

The CC-BY license applies also to data, code and experimental material, except when it conflicts with a prior copyright.  Common courtesy requires informing authors of new uses of their data, as well as acknowledging the source.

You may also start an advanced similarity search for this article. 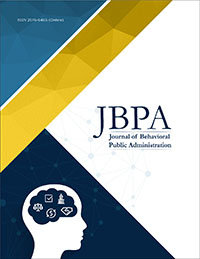